The FPS roguelike genre is creeping ever closer to perfection, and Immortal Redneck is the latest step towards that pinnacle. You’d be forgiven for overlooking it based on the name but now that you’re here, bend an ear to everything it gets right about randomized shooting. The whole game is built around high speed, high impact combat the likes of which have hardly been seen since Quake, sandwiched between lush environments, diverse enemies, creative weapons, and volatile perks. And while some of the systems may not be tuned perfectly for everyone, the overall experience is so enthralling that it should be able to win anyone over. 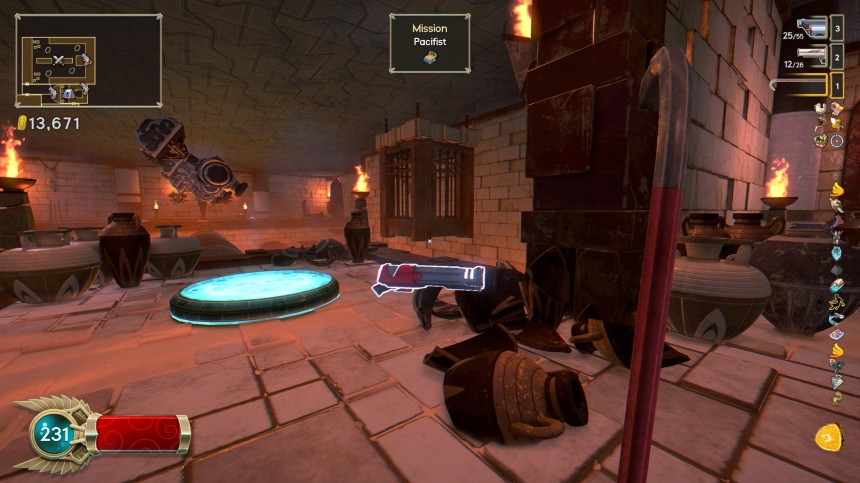 You’re the rarest of birds, a redneck abroad. Dune buggying across the Egyptian desert like an asshole, you get caught in a mystical sandstorm and dumped into a lost valley of pyramids. The mysterious guardians of the place set about mummifying you, turning you into the titular undead hick. Seems like the only way out of your predicament is to enter the three pyramids of the valley and kick the asses of their masters, and any minions who happen to get in your way, too. You’ll have a host of oddly anachronistic weapons to do the work, along with powerful scrolls, gifts from the gods, bonuses from an enchanted tree, and other helpful resources to keep you in the fight.

It’s an odd premise, and it gets only odder hearing your avatar mouth off about dumb shit while gunning down the  pyramid’s protectors. I can’t say it’s not charming though, and after more than a few hours it still hasn’t gotten tiresome. You always play as the redneck though there are unlockable classes that give him different stats, active and passive powers, and starting weapons. They all play quite differently and in a welcome move the ones you play the least get stat bonuses, encouraging you to diversify. Your base stats and capabilities can also be upgraded with gold found in your adventures via an extremely Rogue Legacy upgrade tree.

If the metaprogression is Rogue Legacy, the gameplay is Ziggurat turned to 11. You have to understand that I adore Ziggurat when I say that Immortal Redneck easily tops it in the gameplay department. A big part of that is the pacing, because your base movement speed with any class is refreshingly brisk, your run speed is insane, your jumps hang forever, and you can mantle up to ledges. You’re given plenty of opportunity to use your mobility too, because rooms tend to be complex and vertical, with plenty of platforms to dance across as you gun down foes and secret chests to find via platforming. Rooms themselves are static (including the enemies that appear in them) but are arranged randomly throughout the pyramid, meaning that each battle is a carefully-crafted encounter that will challenge your reflexes.

Enemies are intelligently designed to test you, whether it be by swarming you with melee foes or peppering you with ranged attacks. Your weapons are similarly diverse, from old stand-bys like pistols and rifles to enchanted staves and laser cannons. They’re designed to look like ancient Egyptian creations too, and it’s worth mentioning that the reload animations are made with such love that you can feel every click and snap. Animations can be long and ammo can be limited, so you’ll have to fight smart unless you turn up scrolls that can help you out. Scrolls have powerful effects that can change your whole playstyle, like reloading inactive weapons for you or returning ammo on criticals or letting you sprint backwards. 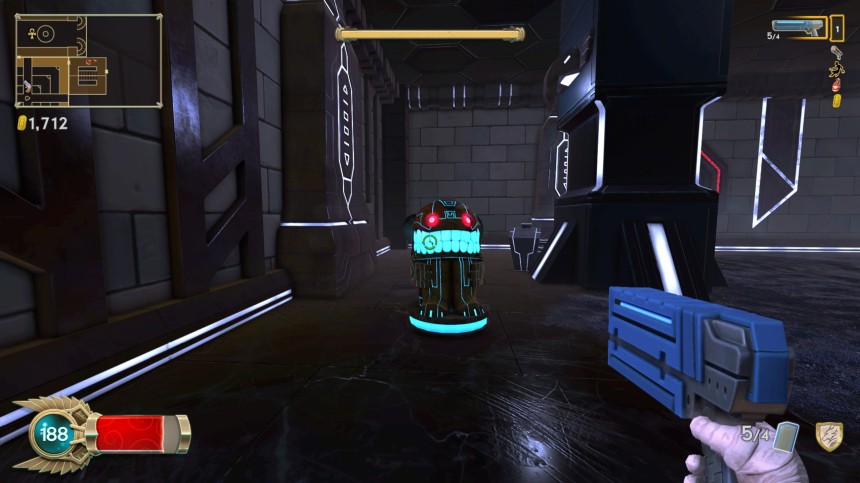 Scrolls can also have negative effects, which is really about the only complaint you can leverage against the game design. There are annoying ones that limit your movement or wipe your map, and more devastating ones that take weapons or life from you. You won’t know what you’re getting until you pick up the scroll and you’re stuck with it, so they’re always a gamble. This seems to be the biggest gripe with the game but to be honest, I like the element of chaos they add. I’ve won runs after having all my weapons stolen by picking up and adapting to new ones, as they all have practical uses. Really the overwhelming power of the good scrolls is more than enough to cancel out most of the bad, and the two scrolls that make good ones more likely and let you refuse scrolls seem common enough.

I want to make sure we’ve beaten that point to death because there’s nothing else to hit Immortal Redneck with. The levels look amazing, with each of the three pyramids dolled up in completely different themes. The weapons are incredibly gratifying to use, especially when you’re running circles around your foes and peppering them with dynamite or throwing knives. The platforming is fun, the progression is fun, the bosses are fun… honestly you might have a hard time finding another FPS as flat-out fun as this one is. Immortal Redneck has the staying power other roguelike FPSes have lacked, thanks to a rich design that makes every part of the game a joy to experience.