I absolutely love it when a sequel turns out to be a straight improvement over its predecessor. Not only does it mean we get a better game, it means that the developers can see what worked and what didn’t and build upon those lessons. Sanctum 2 is a prime example of this, a sequel that addresses nearly every qualm I had with the first game, and adds a few odds and ends I didn’t even know I wanted. It’s a more robust, engaging, and polished title that makes the most of its FPS-tower defense concept. 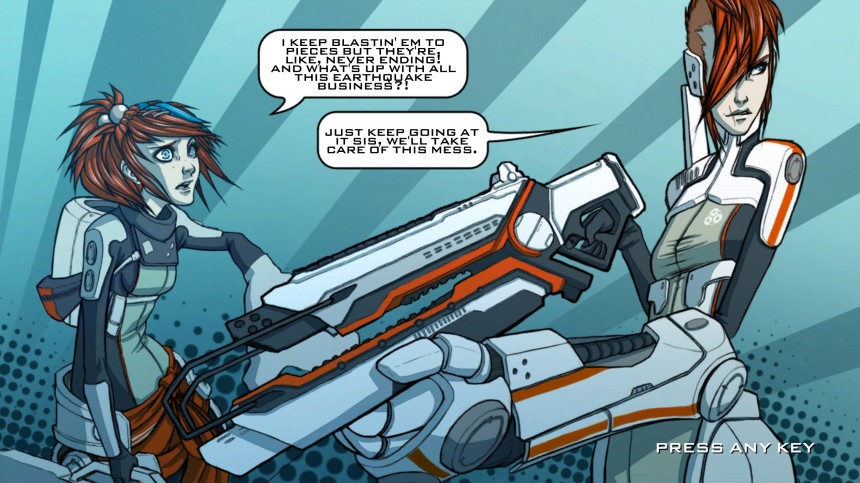 Chief among the improvements is the presence of a story this time! It’s not much of one, just the spiky-haired lass and her new pals working to keep the Lume, those nasty, hard-shelled creatures from the first game, from eating the oxygen-producing cores that keep their colony world thriving. You get one comic book page per level, gradually outlining the progression of their uphill battle and the presence of some toxic spores that complicate matters. Along with the story comes an actual world map of four geographic areas, each containing four maps on which you must corral and vanquish the marauding aliens before they break your big shiny ball thing.

On a basic level Sanctum 2 plays very similarly to 1, you have building phases where you place walls and turrets, and then an attack phase where you join your turrets in repulsing the enemies. This time though, your wall sections are their own resource, meted out over the course of the map. You no longer spend credits to upgrade your own weapons, they’re just for buying and upgrading towers. Each map also has a tower limit, and coupled with the limited funds you get every wave you’ll be much more pressed to make the most of your towers this time. These changes limit your options as far as automated defenses though, but actually contribute to a more balanced and focused experience. 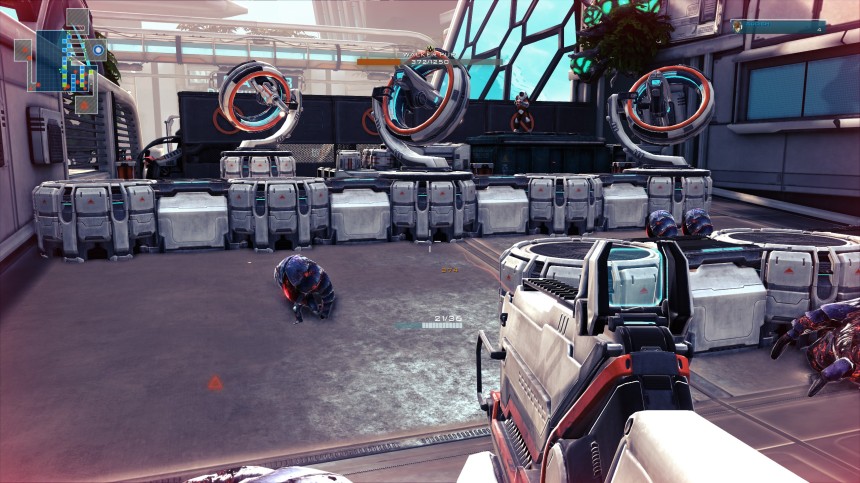 The first Sanctum was pretty open in how you could handle maps, either by sinking everything into a murderous network of towers or turning yourself into a mega-assassin. In this one you have no such flexibility, but instead everything is equally important. You need to make the most of your limited towers as I said, but you also need to pick up the slack yourself. Your weapons are much more effective right out of the gate, allowing you to dance around foes and gun down whole waves if your shots land true on weak points. The heat mechanic for your guns is more forgiving, and if you switch freely between your active weapons you never have to stop shooting. That’ll be important because foes will actually notice and come after you, putting you out of commission for a bit if you’re not careful.

The net result is a game that feels much more like an FPS-tower defense hybrid, rather than a tower defense game you play in first-person. Every map devolves into hectic fights at the chokepoints you build yourself, trusting your turrets to hold one line while you battle to save another. There are NPC soldiers on most maps that will help you too, adding to the thrilling chaos of battle. You can expect a new variety of enemies including terrifying bosses that can smash your towers and defenses, which strikes me as the perfect high-energy climax to each area. Some foes can be a bit too tricky, like the armored heavies you HAVE to kill yourself because their weak point is so shielded, but I’d still rather have something like that to do than balance more around the towers. 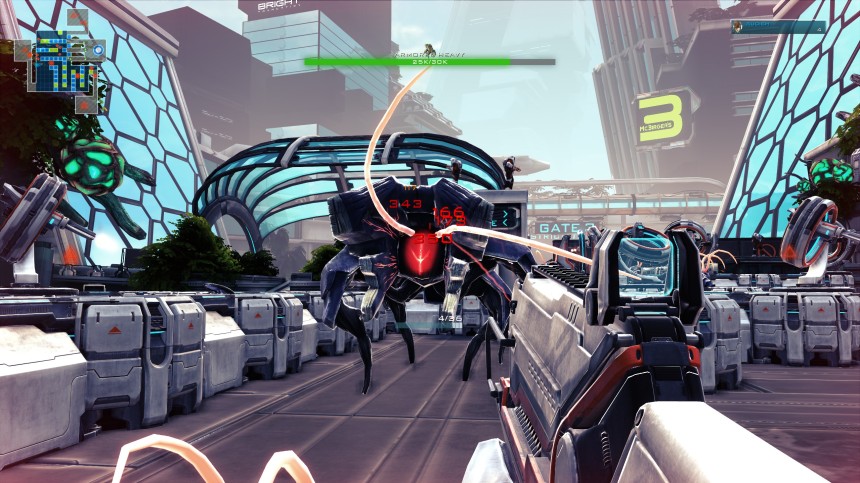 Small complaints like that are all I have to leverage against this fine title, mind you. There’s a leveling system that unlocks weapon and tower slots and perks that seems a bit unnecessary, and you can screw yourself on some maps if you pick the wrong towers to take. That’s really it for the bad, though. Levels have plenty of replay value with five optional difficulty conditions to add to each, and the multiplayer is seamlessly integrated and is actually still active, even five years out. It goes to show just how solid this game is that people are still playing it in decent numbers, and I’m glad because it’s such a great realization of the concept. If you liked Sanctum you need to get on this one immediately, because it does just about everything better and offers a more complete experience on every level.