Time really flies, doesn’t it? Feels like just last week I was reviewing up-and-coming rogueli… Oh wait, I was. Well, last year it was a grab-bag of them, and the year before that it was classics. I remember them like it was yesterday, and today’s the right day for doing just that. With Roguemas or Christmas or whatever you celebrate behind us, we’ve come upon a very special time for Gold-Plated Games. It’s our anniversary, a time to look back to see where we’ve been, and a time to look forward to what the new year holds for video games and the many words that they necessitate.

The Road We Took

Two years ago today, I officially formed the Gold-Plated Games group on Steam in an effort to organize the dozens of reviews I had written since late 2014. One year ago today, I did a three–part retrospective on the state of the group, much as I’m doing now. A lot has happened since then (which should be evident considering where you’re reading this) and it’s worth recounting just how far we’ve come in those twelve months.

All told I have 315 reviews here on the website (409 on Steam, we’ll talk about those in a bit), but that’s not all I’ve been up to. In addition to that preview I did there are 8 non-Steam features covering indie game jams and itch.io releases, 16 Weeklong Deal roundups, and one article that got me a surprising amount of attention. The site may not even be six months old but there’s a wealth of content here to peruse, and I’m pretty proud of my output so far. As a matter of fact, my two goals last year were to write 150 reviews and start a website for them. The latter obviously happened but at the time I stated the former, I had around 260 reviews on Steam. That means I hit that goal right on the head, which is something I’m especially proud of.

One big change from previous years is that I have a regular update schedule now. Weeklong Deals on Mondays, non-Steam features on Wednesdays, Steam reviews on Fridays. I’ve been holding to it for a few months now, so I’m ready to announce the slightly-expanded version for 2018:

Articles are something I’ve wanted to do for years and just couldn’t commit to until now. I cranked out that random Doki Doki Psychology piece a few months ago and, with one exception, it’s been far and away my most read page on the site. That tells me there’s an audience for ramblings beyond game reviews, and I’m more than happy to oblige. The goal here is one a week (outside of series) which may be tricky, but we’ll see how it goes in January.

Revised reviews, on the other hand, are a bit of unfinished business from starting the website. There are still around 90 reviews on Steam that I haven’t re-posted here. That’s because they’re all from 2015 and older, when my writing style was much rougher and honestly I had some slightly different opinions about games. A lot has changed in these two years, and I’m not comfortable re-upping those reviews without revisiting the games and re-writing the reviews from the ground up. I’m going to aim for one revision a week which isn’t going to see the end of this particular project, but will at least put a major dent in it.

To tell the truth I’m getting pretty close to my limit here as far as content is concerned. With a full-time job and family I produce everything you see here on about 2-3 hours of work every night. Adding articles and revisions to that might be a strain, but like I said we’ll see how it goes. The more work I can post, the closer I’ll get to my new goals.

Having clear goals was a huge motivator through 2017, so I’m setting new posts to aim for in 2018. I’ll be going for another 150 reviews this year, not counting non-Steam features or previews, of course. I also have a more realistic plan for reviews series, one that should give plenty of prep time and breathing room:

Those new series are all planned, by the way, and they should fill some important gaps in my genre spread. Now that I’m networking with developers, I can get more interesting and timely titles to cover for them, too.

The big goal for last year was a website, and that happened. I can see how many people are visiting and what they’re reading. The next step, then, is to see how many are interested in supporting Gold-Plated Games. Right now the site is not monetized in any way, in large part because I absolutely despise online advertising and will never, ever, EVER have ads or pop-ups here. However, it’s costing me money to make the site available to you, and while it’s no financial burden to me I would like it to at least pay for itself, considering how much work I put into filling it with words.

What this means is that, sometime this year, I’m going to open a service for people to donate money to support the site and my reviews. It might be Patreon if they get this mess they just made for themselves ironed out, or it might be something else, but it’ll be an entirely optional way to help me pay for hosting the site and perhaps expand what I do here further. The goal will be to cover costs (which is modest enough to be absolutely doable) but anything beyond that can go back into the site, paying for review copies I can’t get from developers or equipment for additional features like retro reviews or streaming. I’ve accomplished a lot here but this will be the test to see if my work will remain a hobby or possibly move towards something more.

Before the money, though, I have a readership target for the site to reach and we’re not there yet. The one true goal for this year is to get more people reading my work, and for that I need your help. If you think my reviews and features are worth reading, spread the word! Link your friends to my reviews of games you think they should play. Tell the horror fanatics in your life about my Spooky Games series. If you’re on any online communities, see if they’d be interested in what I’m doing. The key to growing Gold-Plated Games is to have fans that want to see it grow, and that’s why I need you. You’ve done so much for me already, whether it be rating up my reviews on Steam or joining the curation group or following me on Twitter or just stopping by the site from time to time. I couldn’t have come this far without you, and the sky’s the limit if we work together.

From the bottom of my heart, I want to thank all of you for joining me on my grand adventure of words. Whether you’ve been here for years or just found me yesterday, I treasure the trust you’ve put in me to entertain you and tell you about video games. I love doing this, I want nothing more than to do this, and I appreciate every single person who drops by to see me do this. We’ll be getting back to regular order with some scruffy indie reviews tomorrow but for today, I’m just here to say thanks. 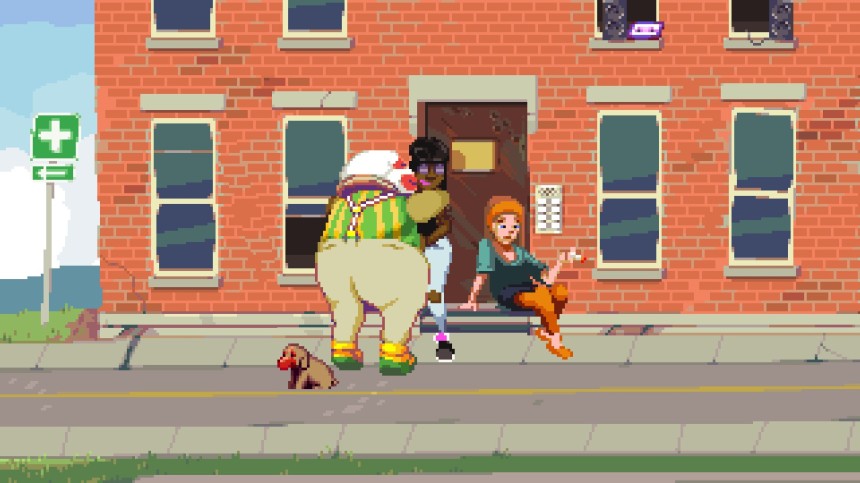